Another month, another feature… Local magazines are absolutely loving our lighting at the moment, as Design Essentials have just been featured in the May edition of Velvet Magazine.

Our super popular pink colour therapy lamp was included in their ‘Fuchsia Focus’ collection alongside other hot pink interiors and gift ideas from retailers in the Cambridgeshire area.

See the full article below, or to read this month’s edition of the magazine click here. 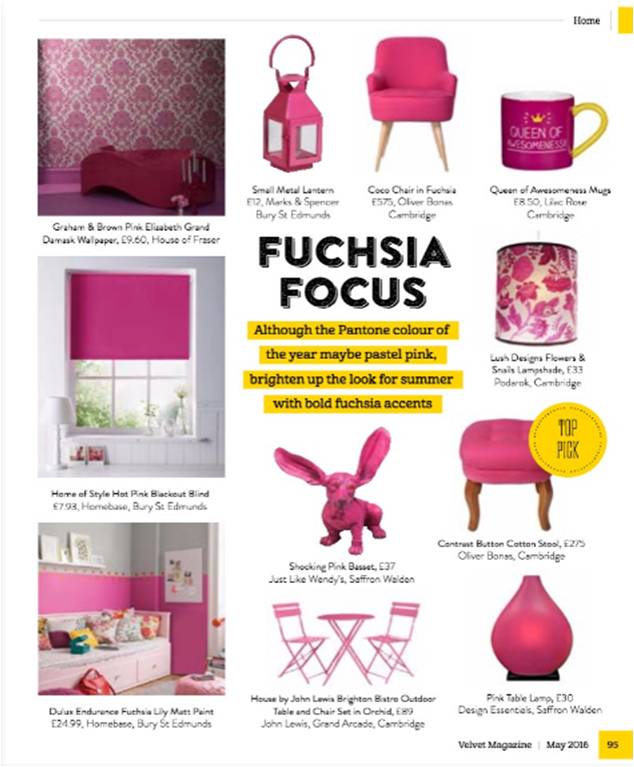 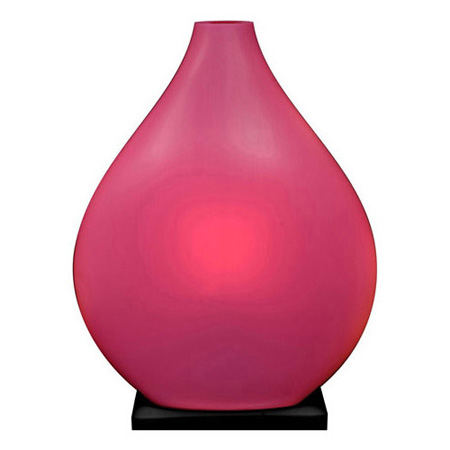 Thanks so much for the feature, Velvet Mag – we love it!

We are delighted to reveal that Design Essentials has been featured in this month’s edition of Cambridge Magazine. We appear in the magazine’s Independent Cambridge retail feature for a review on home interiors. See the double page spread below. 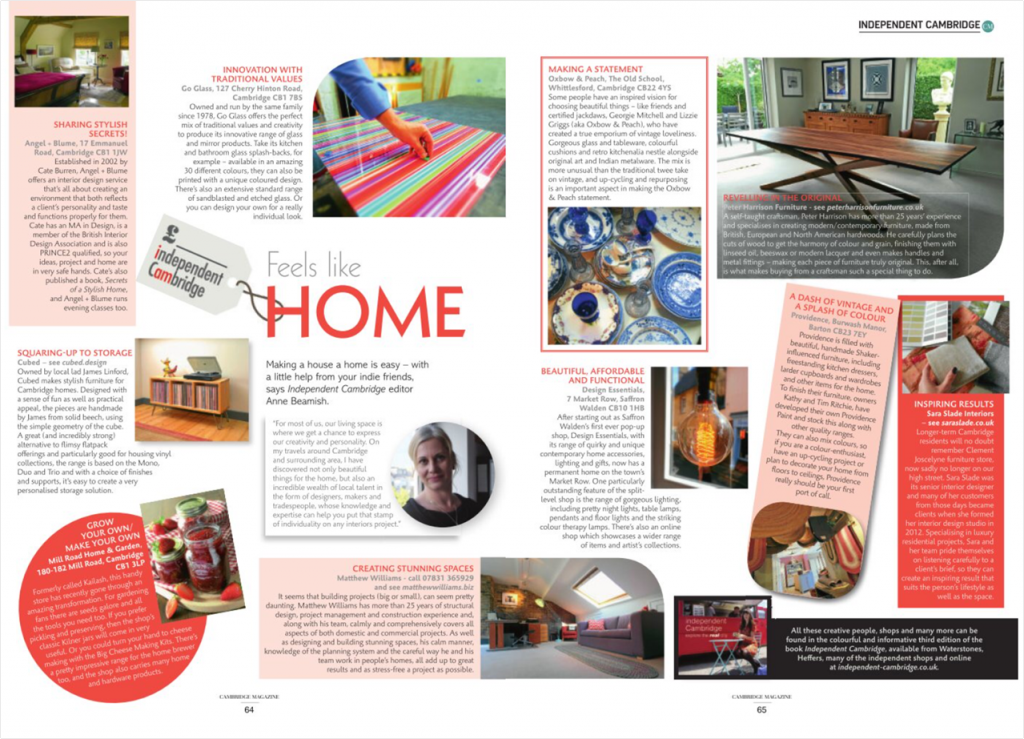 Anne Beamish (@IndieCamb), one of the creators of the Independent shopping guide, penned the write-up. Thanks Anne – we love the fab photo of one of our vintage-style naked pendant lightbulbs.

Read the full feature below. 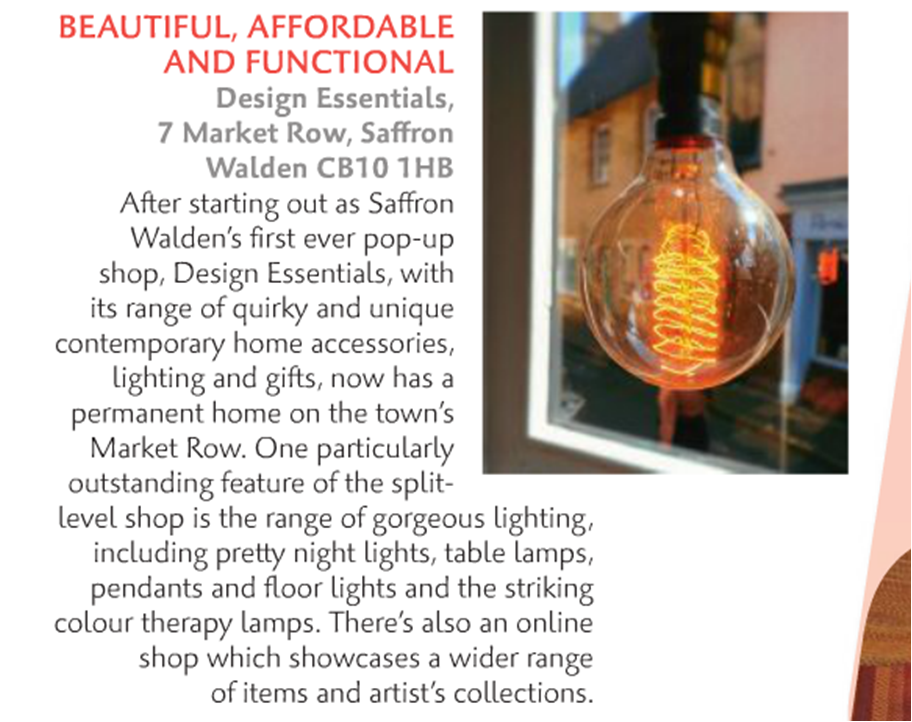 Earlier in the month, Wendy was interviewed in the Design Essentials shop by ITV News Anglia as part of the Small Business Saturday national campaign. 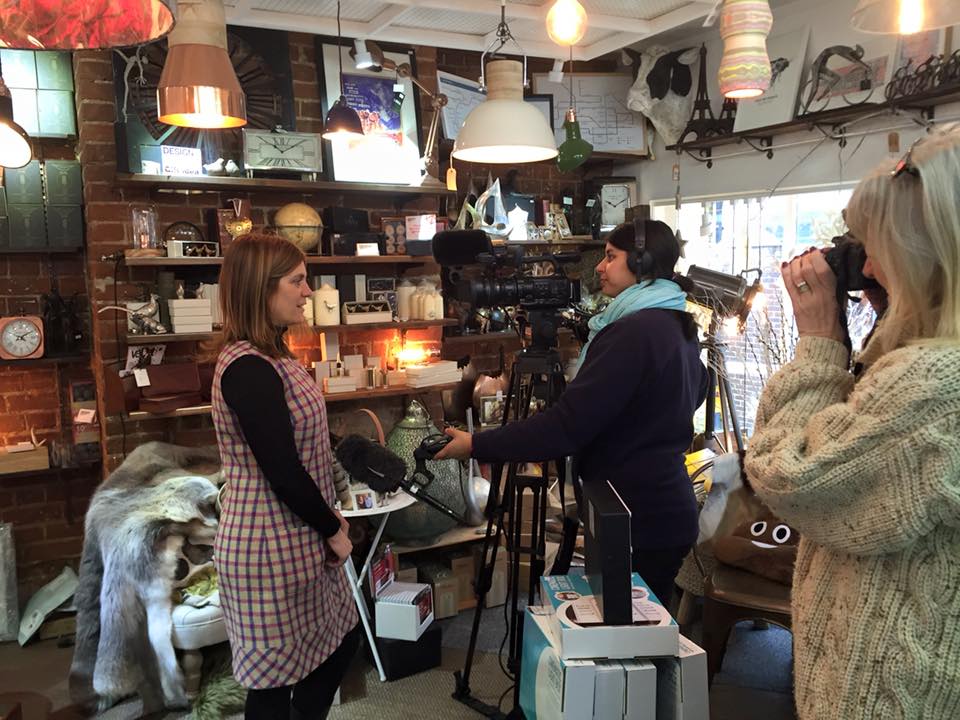 Wendy and a Design Essentials customer were both interviewed as part of the campaign, and asked how they felt Saffron Walden was embracing it. Wendy was discussing the fact that for every £1 spent locally in an independent local shop, 70p goes back into the local ecomomy, whereas only as little as 5p goes back into the community if people shop online instead.

You can watch Wendy’s interview on the ITV website here.

Designer Oliver Boyd, whose lighting designs we featured here at the shop during the summer of 2014, has recently designed a ‘pimped up’ barbecue for supermarket giants ASDA.

Very different to Oliver’s usual quirky lighting pieces, the barbecue features gadgets such as flashing lights, a sound system and even a selfie stick!

Oliver’s barbecue has been all over the news, and even made it onto the Mail Online. Congratulations Oliver! 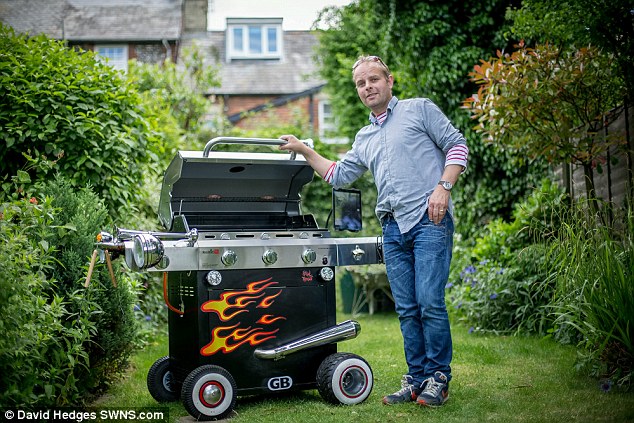 To revisit Oliver’s time here at Design Essentials, have a read of our conversation with him over on our blog.

What a great week it’s been at Design Essentials! On Thursday, Wendy found out that we had been chosen as the winners of a national competition run by extreme lounging, the company we get our fab bean bags from.

We strung a collection of miniature bean bags in all different colours from the ceiling with ribbon, and even if we say so ourselves, the outcome is pretty impressive… 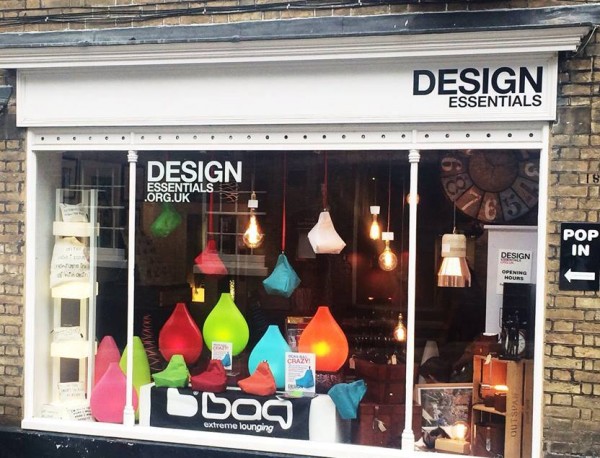 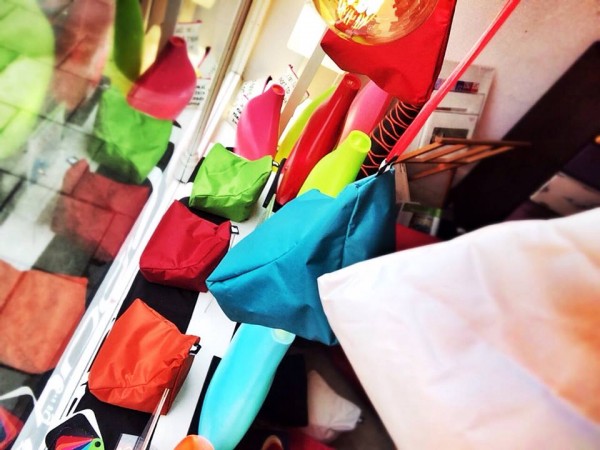 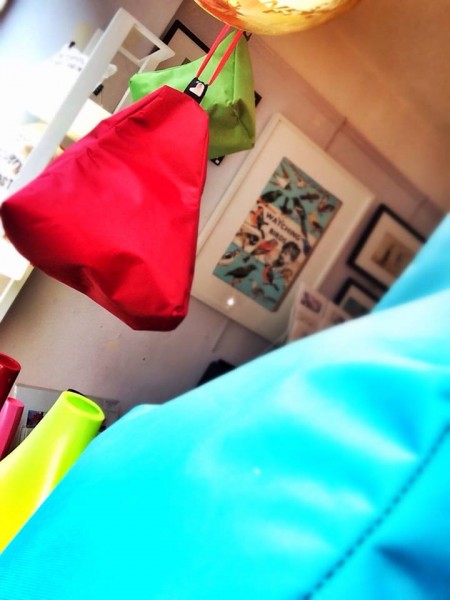 As part of our prize, we are winning a brand new bean bag for the shop – we’ve chosen a best-selling green monster one!

To celebrate our win, we’re giving you brilliant discounts on our competitively priced bean bags!

Until the end of the month, we’re offering three exclusive discounts on all three bean bags sizes, available in store or when you order on our website…

MIGHTY – £10 off in store, or enter the code ‘mighty10’ at the checkout, including quilted mighty bean bags

Codes cannot be used in conjunction with any other offer. Available until 31/5/15 only.

Lighting designer Becky Creed, whose work has been at Design Essentials since October 2014, has recently landed herself an exhibition at Holloways of Ludlow in London, where her Turned Paper lighting collection is featured as part of their window display. 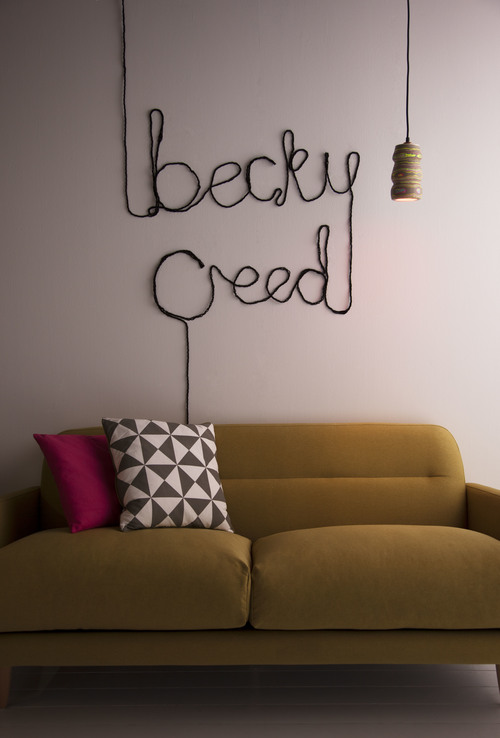 Becky’s unique lighting designs won her a place in the final of Delight in Light 2014, a competition which aims to showcase some of the best up-and-coming talent in contemporary lighting. 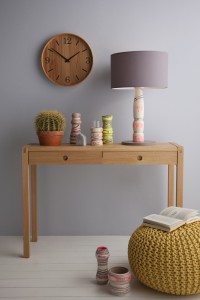 Read our first ever conversation with Becky on our blog!

Design Essentials favourite Michelle Thompson, a local artist and illustrator, has recently been making waves in London with her brand new designs.

Michelle has been very busy lately, and was asked to create an exclusive collection of collages to promote the Mayor of London’s Cultural Tourism Event. Her designs were featured on the invitations, promotional material and can even be found on the London Gov website! We’re very impressed… Check it out here. 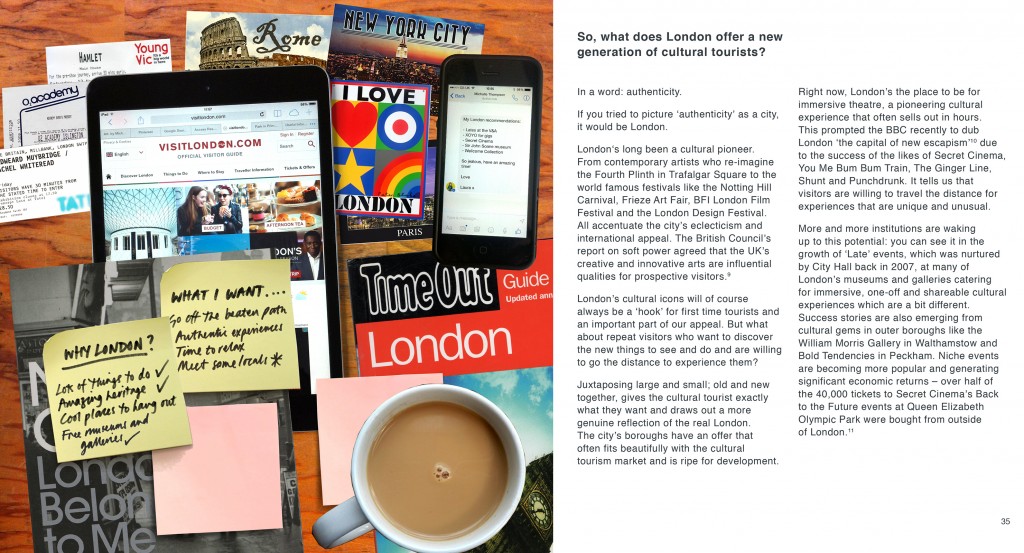 Michelle has also been working with clothing brand White Stuff to create the artwork for their latest campaign, using nature as inspiration for the designs. The designs can be seen in White Stuff stores and on their website, as well as in the White Stuff catalogue throughout Spring 2015. 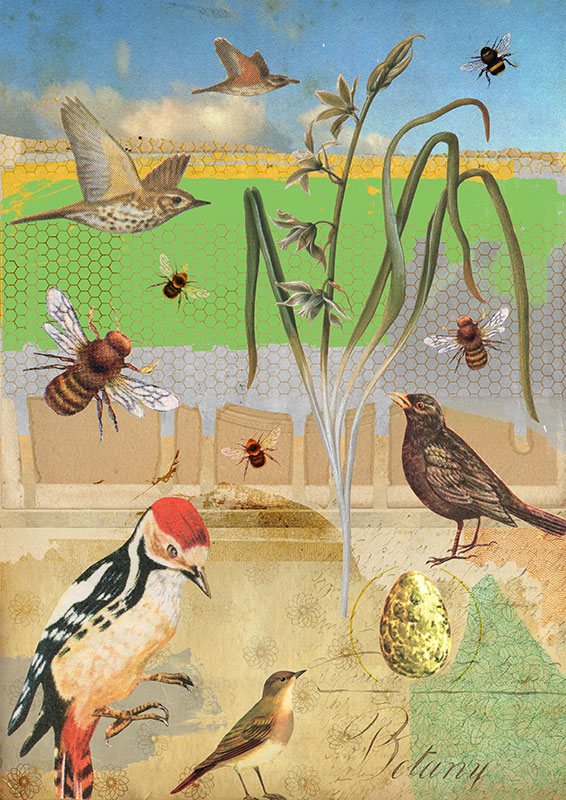 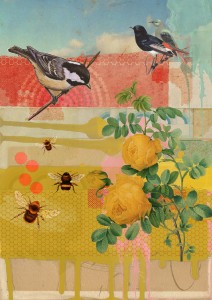 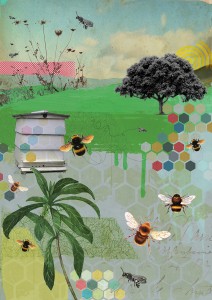 The lovely Rose Hill, whose unique pop-art inspired designs we have been exhibiting at Design Essentials throughout 2014, has developed an amazing new range of cards which will be sold in Harrods this Christmas.

Rose herself has said ‘I’m very excited that the British Museum sold out and has re-ordered.’ She previously exhibited a commission range of wild animal designs at ZSL London Zoo, and has worked with celebrity clients including designer Charles Saatchi and Sadie Frost amongst others.

One of our personal favourites is this gorgeous Henry Bengal cat design, complete with a cute jumper, glasses and Santa cat – the perfect quirky choice for cat lovers this Christmas. 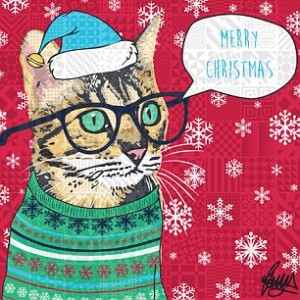 Don’t forget, we’re still one of the only places stocking Rose Hill Designs, including the bestselling David Bowie and Paul Weller designs and a selection of animals. See the entire Rose Hill at Design Essentials collection on our website by following this link. You saw it here first!!

We chatted to Rose during the summer to find out a bit more about her inspirations . Read it here.

Congratulations to Rose Hill on her new Christmas range and press feature in the Financial Mail on Sunday.

On Monday 7th July, Saffron Walden was awash with thousands of fans and visitors, eager to see nearly 200 professional cyclists competing in the Tour de France race through the town centre. Stage 3, the final stage of Le Tour 2014 to be held in the UK, saw the cyclists make their way from Cambridge to Buckingham Palace in London.

Here at Design Essentials, we have been at the heart of the Tour de Essex celebrations. Customers of all ages have been loving our cycling-themed board… 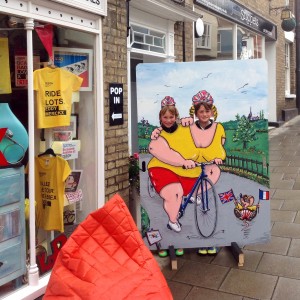 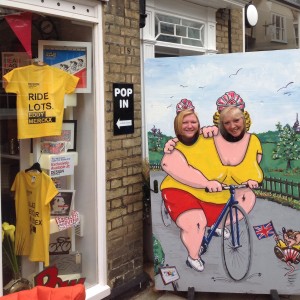 … And buying our special edition mugs and tea towels like there’s no tomorrow! The mugs and tea towels, which feature the Stage 3 route in red and the surrounding villages in blue, were popular before Le Tour even arrived. This was probably helped by the fact that Wendy had a guest appearance on BBC Look East! 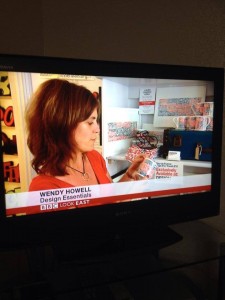 On the day the Tour came through we set up a stall outside the shop, where we sold all things cycling: mugs, tea towels, and yellow Tour de France bags designed by our guest artist Michelle Thompson. 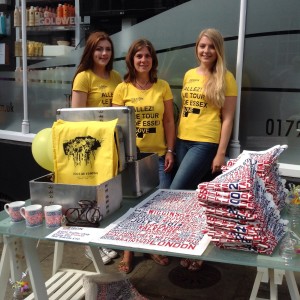 From left to right: Design Essentials’ Charlotte, Wendy and Lauren

We were lucky enough to be able to close the shop shortly after 11am, and wait for the Tour de France action to begin in our reserved spot, which was on a raised scaffolding platform outside Jack’s Outdoor Wear in George Street. The weather was absolutely ideal, and we had an amazing view of the proceedings!

When the cyclists came powering through Saffron Walden at around 1pm, the atmosphere was incredible, and the excitement was felt by every spectator, cycling fan or not. Almost everyone had their cameras poised ready to capture the moment that some of the world’s greatest cyclists passed through our local town, fully aware that it’s highly unlikely to happen again in the near future.

Comiserations to Cavendish and Froome as their hopes of TDF 2014 glory are dashed, but good luck to the remaining cyclists in the remaining stages of Le Tour!

My name is Lauren Capon, and I’m very much looking forward to working in the shop with Wendy over the coming months. I will also be contributing to this blog, which should provide me with some respite from stress during the final weeks of my first year at university!

The weather’s getting warmer; the days are getting longer; the British summer is finally getting closer, and for Saffron Walden and its surrounding towns and villages that means we are one step closer to hosting part of the route for the Tour de France 2014. Stage Three of the famously fast-paced cycle race is due to pass through villages including Finchingfield, Great Chesterford and Radwinter, as well as Saffron Walden itself. END_OF_DOCUMENT_TOKEN_TO_BE_REPLACED